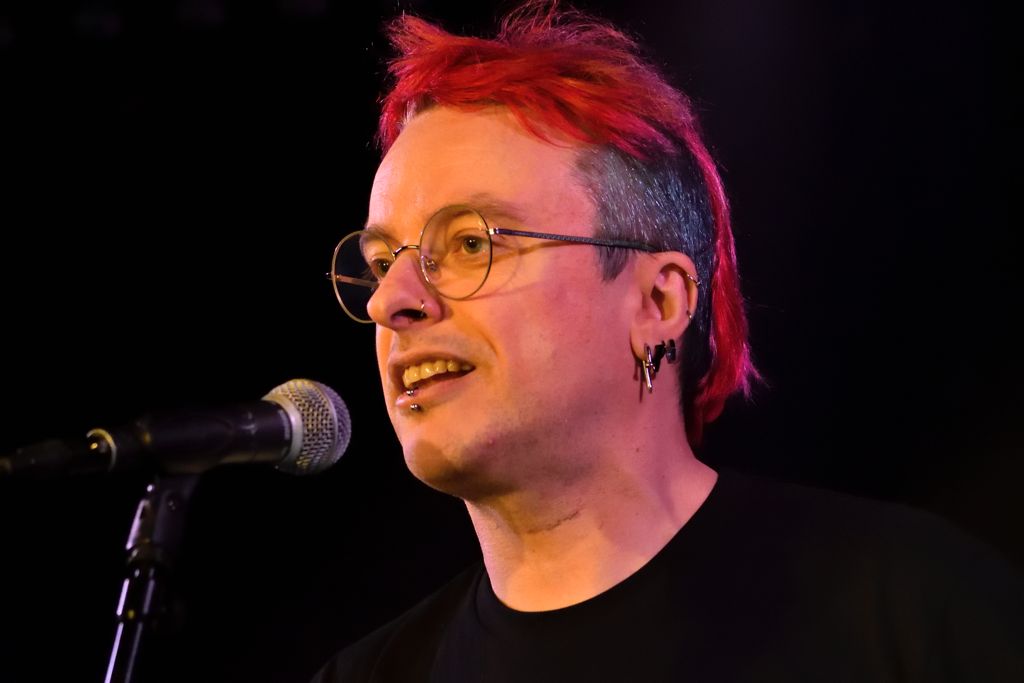 My grandparents once worked as teachers at a school for children of Soviet soldiers in Karlshorst. Decades later, I am reading poetic texts here. There seems to be a mysterious time spiral, but one that probably doesn’t make sense – except in artistic terms.

When I speak to a Russian audience, it’s as if I were looking through a kaleidoscope of texts and images: there is a boy in the corridor of a psychiatric clinic at night, there is a couple arguing in the street, here is a teenager dying of an overdose, there is a Jesus flying to outer space… like in a psychedelic film. Themes that appeal to me are affective states of the soul, love and death, loss, trauma and stoic surmounting.

But when I read my texts that were translated into German by different people, something else happens. Do I perhaps try to relate my strange, atypical experiences as a Soviet teenager, a psychiatric patient, a punk on a deserted highway, a participant of a protest march, and a nobody crying for fear on the floor of a police station? Is it still spoken word in German or is it a different, foreign voice speaking? To find out, we could talk about our fears and hopes. Poetry offers us the opportunity to do so.

Language:
in German and Russian